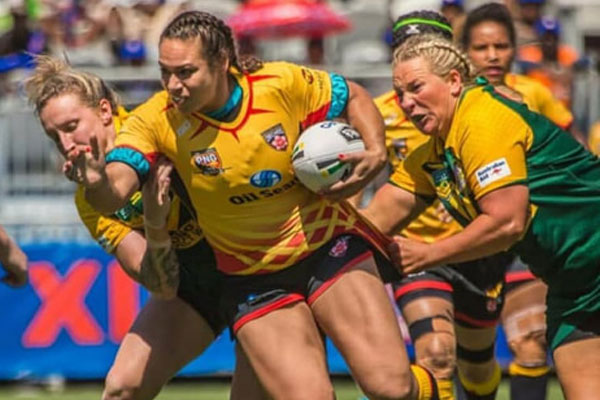 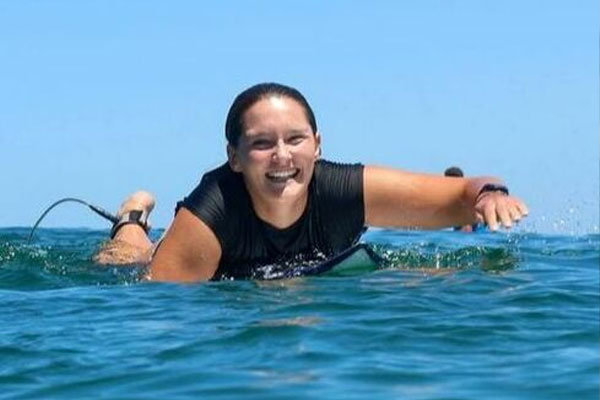 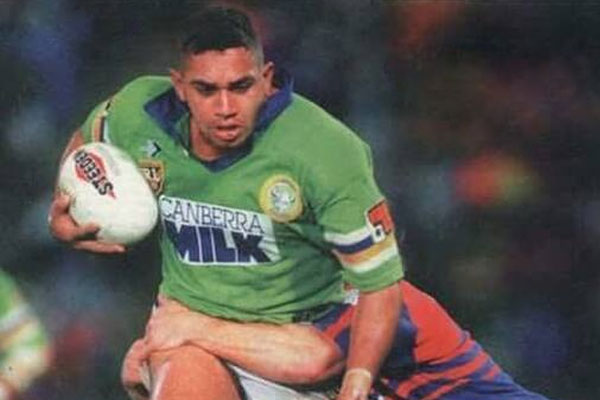 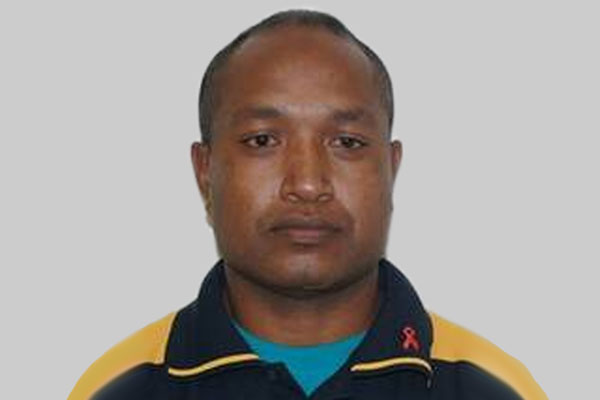 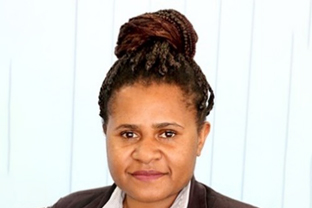 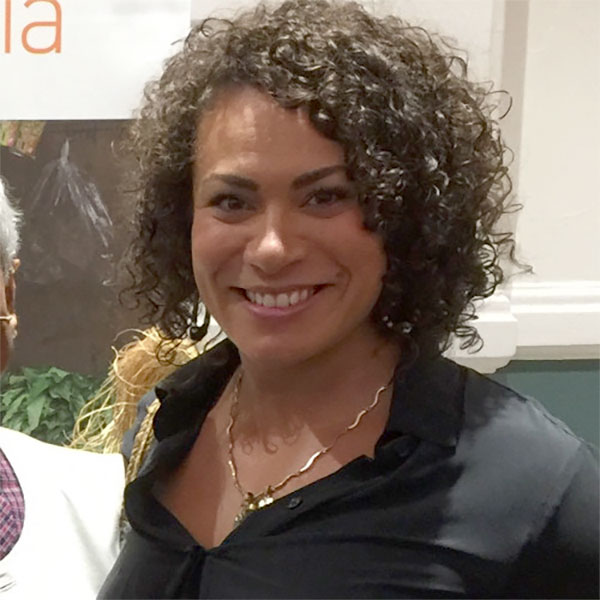 Tahina is an Australian citizen of Melanesian descent who lived her early childhood in Papua New Guinea before migrating to Australia with her family. With hard work and discipline, she has represented Australia in Powerlifting and Olympic Weightlifting, qualifying to represent Australia in Olympic Weightlifting for the 2018 Commonwealth Games team. Tahina has been a player for the Papua New Guinea National Women’s Rugby League team, The PNG Orchids since 2018. She also previously played for the Cronulla Sharks in the Harvey Norman Women’s Premiership and is currently a contracted player in the North Queensland Cowboys Women’s team, competing in the Queensland BHP women’s Rugby League competition for the 2021 season.

Competition sport gave Tahina a sense of purpose and was an outlet to prove to herself her resilience, and undeniable grit. Fighting through mental struggles that come with injuries, failure and having to overcome the stereotypes that women in sport face, she asked herself life’s biggest questions; What her purpose was and how she could be a service to the world. It was at that moment, the seeds of the Grass Skirt Project was planted.

Tahina is an advisory Board member of the International Rugby League Federation Women and Girls, and works with youth who have been affected by violence and need personal development support. 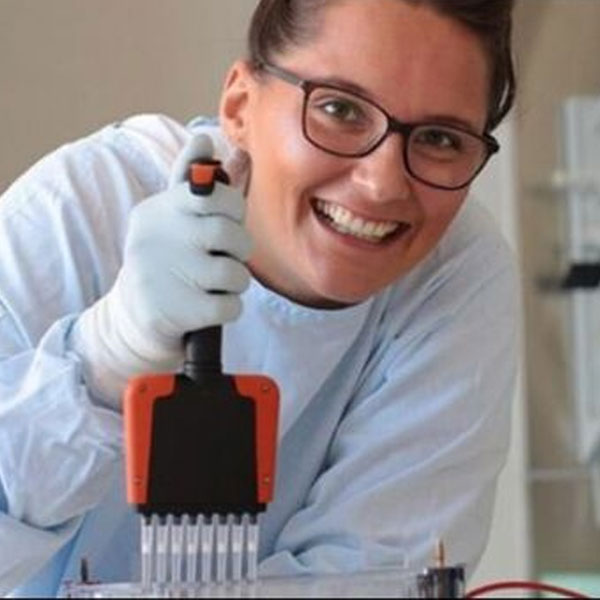 Sofia is a public health researcher with a background in data science, molecular virology and infectious disease epidemiology. She is a founding Director of Grass Skirt Project, providing leadership and helping to conceive and develop innovative community driven, sport-based projects for people in Papua New Guinea, focusing on improved health and social outcomes.

Being a keen surfer, and having witnessed domestic violence during her childhood, using sport to help address social and development issues has strong appeal for Sofia.

​Her background in public health and epidemiology allows her to identify pressing health and social issues, and identify suitable solutions which can be tailored to each communities specific context. Sofia ensures monitoring and evaluation is embedded in Grass Skirt Project’s activities, and is passionate about increasing capacity of communities and grass roots organisations to be able to undertake their own data collection and analysis activities. She is currently based in Vancouver, Canada as she is a Canadian Institute of Health Research (CIHR) & Michael Smith Foundation for Health & Medical Research funded Postdoctoral Fellow at the British Columbia Centre for Disease Control & University of British Columbia. Sofia has an adjunct appointment at the Kirby Institute, University of New South Wales in Sydney, and splits her time between Canada, Australia and PNG. 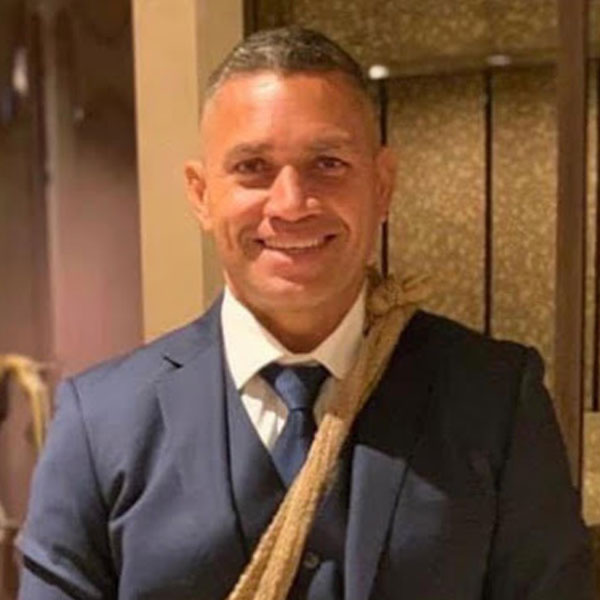 David Westley was born in Bai Village, Rabaul. At the age of 8 his family relocated to Cairns, Australia. He began playing football when he was 12, representing local, regional and state teams before being scouted by the Canberra Raiders to play in the NRL while playing in the Queensland U19’s.

In the Australian National Rugby League, David played with the Canberra Raiders, Parramatta Eels and Manly Sea Eagles. For 6 years, David also represented his country internationally as a member of the PNG Kumuls. A highlight of David’s time with the Kumuls was taking part in the World Cup where he was selected as a member of the World 13, a team chosen from players of all participating countries.

Whilst having a fulfilling career, David was plagued with major knee injuries resulting in early retirement. Since then, David has worked as a Development Officer with Queensland Rugby League and the Australian Rugby League, as a trainer for the SP Hunters and PNG Kumuls and as Head Coach of the PNG Orchids.

David is passionate about building the capacity of sports people in Papua New Guinea. Throughout his storied professional career in sport, both on and off the field David has accumulated a wealth of knowledge, skills and experience which he is eager to share. 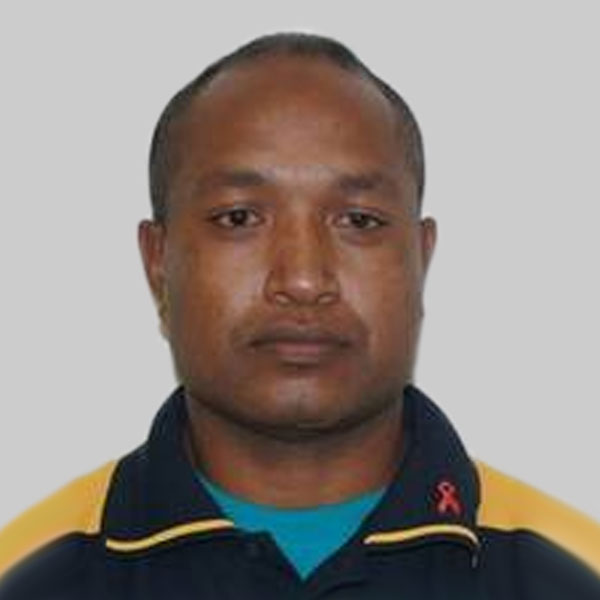 For 8 years Kila represented Papua New Guinea internationally in Outrigger Canoeing. After retiring as a competitive athlete, Kila recognised the need for more programs, training and amenity for sports within communities and settlements, including his own village of Hanuabada, NCD.

Kila’s love of sport has driven him to work in various capacities in, and around, elite sport including coaching, administrative and management roles for team PNG at the 2013 Pacific Mini Games and the 2015, 2019 Pacific Games.

Kila was the first Master OSEP educator in PNG and the first to be certified as a member coach of the Australian Strength and Conditioning Association. In 2019, Kila is also undertaking Level 2 ASCA training. He will be the only person in PNG to hold this qualification. This accomplishment will enable him to train and develop other coaches to international standard.

With Grass Skirt Project, Kila is developing a prototype for a community-based education and training facility in Hanuabada. This will enable him, and other educators to provide access to life-changing health and wellness messaging, training, coaching, and sporting equipment. 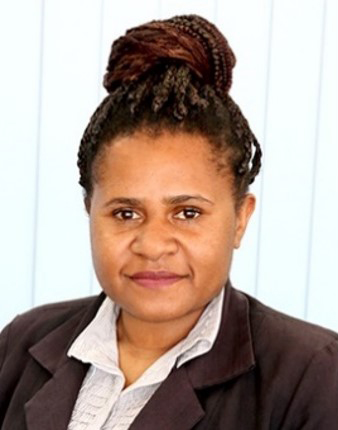 I am a Papua New Guinean lawyer and an Australian Awards Alumni. I completed a Master of Public and International Law Degree at The University of Melbourne in 2020. Prior to my studies, I was a litigation lawyer with Ashurst PNG from 2016 to 2019.

I am currently a full time senior associate lawyer with a PNG law firm based in Mount Hagen, Western Highlands Province, Dowa & Piam Lawyers. I am also a Pro Bono Consultant on a contract part time role with Ashurst.

One of my objectives as a Pro Bono Consultant with Ashurst is to be an advocate in rural communities in Papua New Guinea working to eradicate Gender Based Violence (GBV), Sorcery Accusations Related Violence (SARV) & Eliminate of All Forms of Violence Against Women and Girls (EVAW). Another objective is to create a culture of Pro Bono practice amongst all Papua New Guinean Law firms, both international and local, in partnership with the PNG Law Society.

In my role as a senior associate lawyer with Dowa & Piam Lawyers, I appear and represent clients who are financially marginalised and cannot afford legal fees in personal injuries claims, torts claims against the State for breach of human rights as well as providing advice on pro bono basis.

I have resurrected a Community Based Organisation in my village. Roni Pingrui Community Development Association Inc (RPCDA) was incorporated in 2008 by my tribe but has been dormant since 2012. I was appointed the Public Officer in April 2021. We are currently working on getting our community members access to Adult Literacy Programs.

“Like sports, art in Papua New Guinea is a powerful way to deliver key messages that go beyond ​language, age, gender, race and religion, ​touching on one of our most diverse cultural offerings.”
- Ryan Pini, MBE, OL 4 x PNG Olympic Swimmer